“That is a great record - Khoalesce - anybody wants to go out and get it, get it, support these phenomenal musicians” – Linley Hamilton, BBC Radio Ulster

“The four players here could hold their own anywhere from a backstreet pub on a sink estate to the Newport Jazz Festival on Rhode Island" - Lance Liddle, Bebop Spoken Here

Drummer Caroline Scott's Khoalesce project began gigging in 2017 and brings together some of London's finest jazz musicians to play fiery original compositions. The debut album was recorded in 2018 at Livingston Studios in London thanks to a successful Crowdfunding campaign, with launch gigs at Ronnie Scott's and Pizza Express Soho. The album is out now on CD and digital download at khoalesce.bandcamp.com 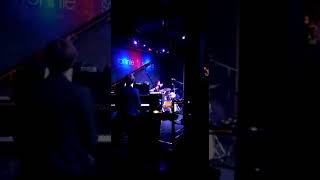